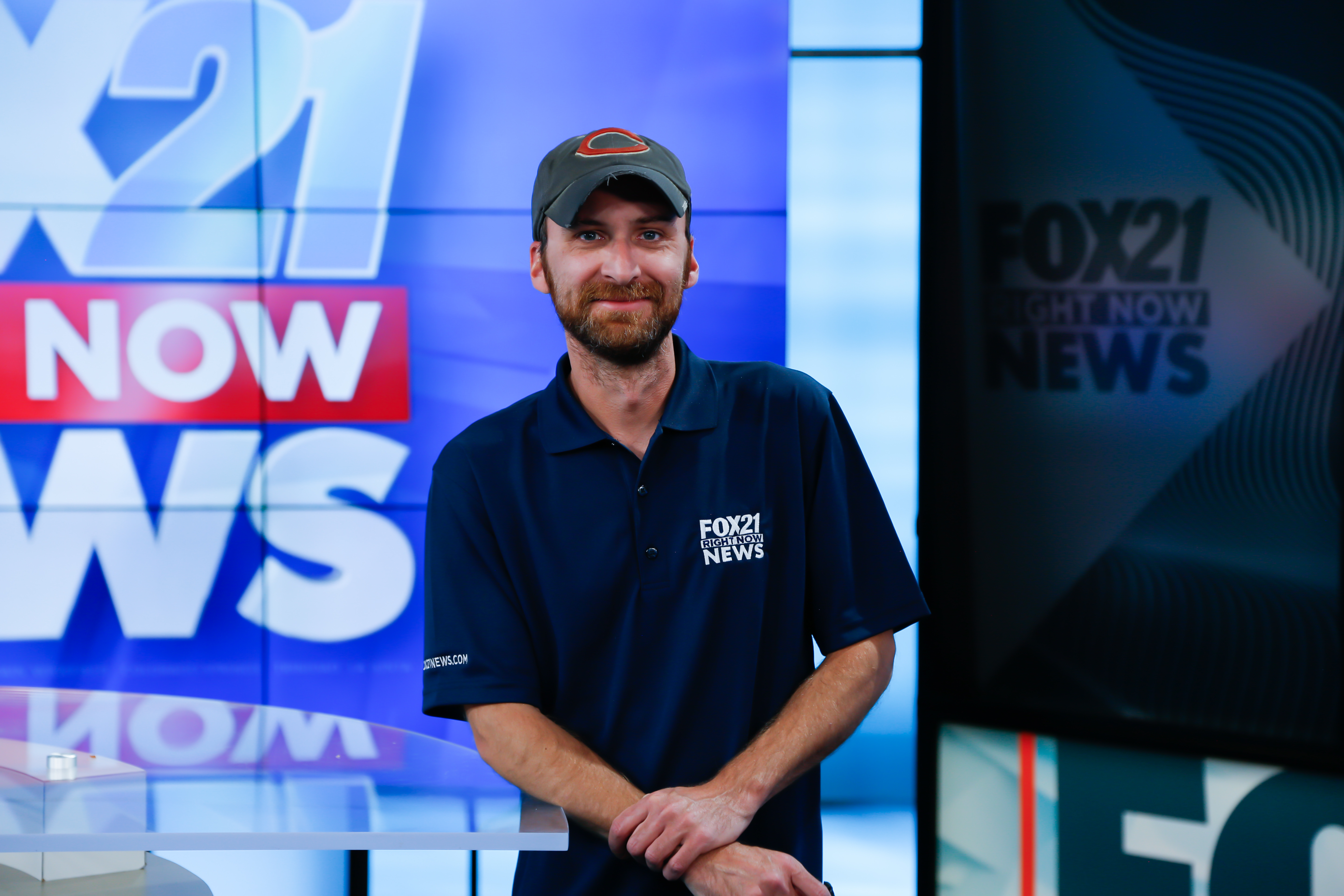 Shawn Shanle is a photojournalist for the Emmy-nominated FOX21 Morning News show. He brings live and local features to southern Colorado viewers every morning, as well as making occasional appearances in on-air teases.

Shawn is a native of Buffalo, Illinois, which has a lot of cornfields, a few people, and no buffalo. He’s an alumnus of Southern Illinois University – Carbondale. He started his news career as an award-winning photojournalist at WICS ABC Newschannel 20 in Springfield, Illinois.

Highlights of Shawn’s career include covering President Barack Obama’s visit to Springfield, providing live coverage from the parade celebrating the Chicago Cubs’ first World Series victory in 108 years, and climbing the Manitou Incline with all of his gear.

When he’s not helping Lauren McDonald come up with puns for her live segments, Shawn enjoys cheering on the Chicago Bears, hanging out with any dog that will associate with him, and finding ways to annoy the rest of the morning fam. He’s also the World’s Greatest Uncle, and has the mug to prove it.

Evan Guy is ready for you to stop by!

Behind the Lights: The Legend of Georgia McBride

Don’t be a Chicken, Cook with The French Kitchen!