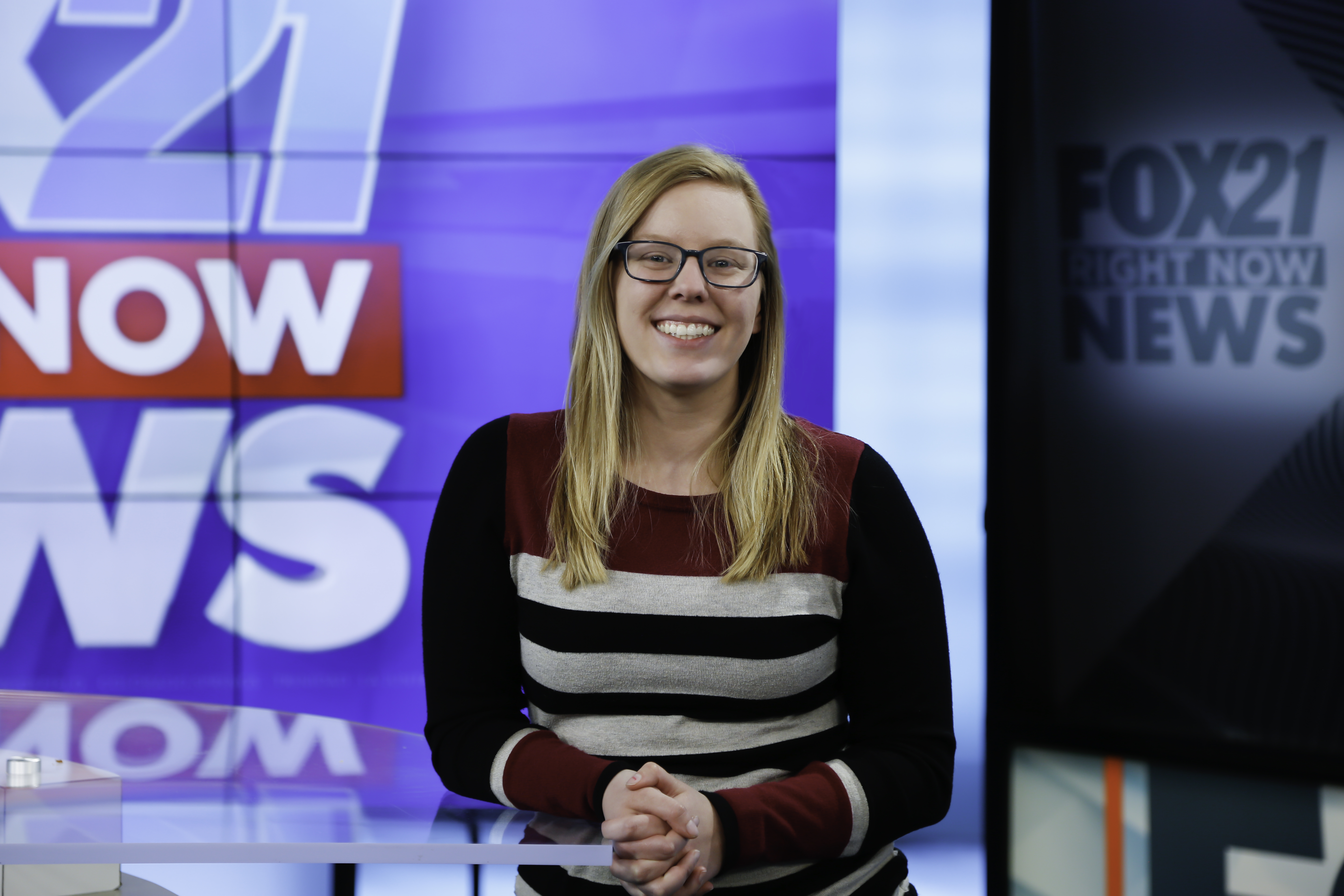 Sam grew up in Gibsonburg, Ohio and earned her degree from Bowling Green State University in Ohio. She moved to Colorado in 2016, the same year her Cleveland Indians came within one inning of winning the World Series. FOX21 finally hired her the next year.

Highlights of Sam’s career include being nominated for a Heartland Emmy Award as part of the morning fam.

Sam has accidentally appeared on television several times. The morning crew describes her as quiet and quick, but not yet as sneaky as Brock. She’s always there when they need her, and she’s the glue that holds the whole show together.

When Sam is not at work, she, like everyone on the morning crew, enjoys sleeping and eating. She also likes cooking; watching Netflix, Hulu, TV, and baseball; and hanging out at the dog park with her rescue poodle/bichon mix, Buddy.