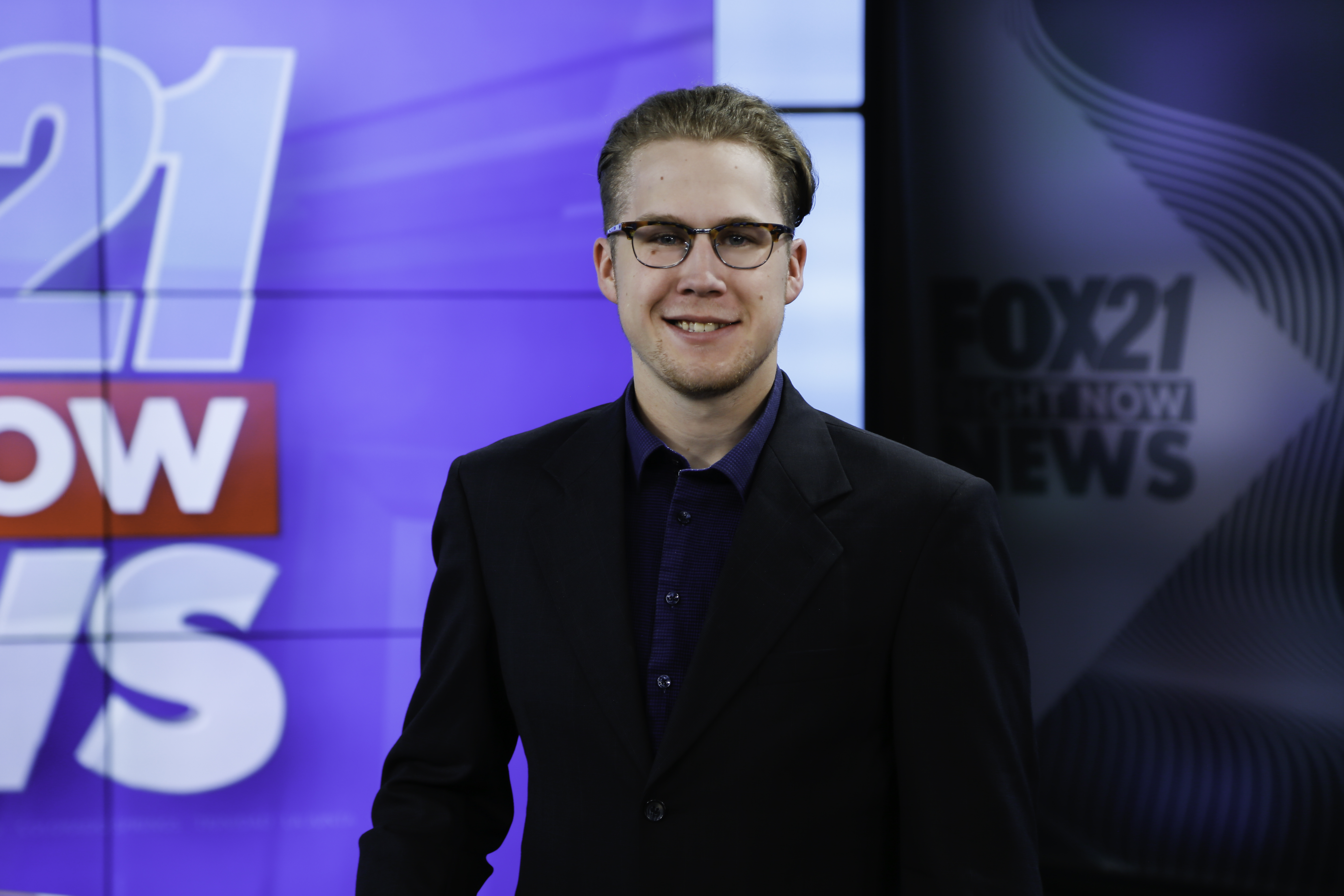 In a dark and mystical land atop a windy peak, in the heart of Lawrence, Kansas, stood a man. He was dressed in crimson and blue. In the distance, a yellow-beaked hawk, native to the land far above the golden valley, roared. To a layman, it’s roar was meaningless, but to this strapping, vibrantly clad alumni, it meant only one thing:

Gus is a Colorado native who graduated high school just 15 miles up the street from FOX21. He’s fresh off a 4-year college stint in Lawrence. This is his first “big boy” job, but it’s not his first time in the producer’s chair.

When he’s not writing pointless stories, he enjoys long walks on the beach, sipping wine on decks, and writing dark, brooding poems on the unknown meanings of life. Only two of those things are true.

He also enjoys the life of a cinephile minus the “Phile” part, guerrilla photography, baseball, football, calculus, basketball, wears way too many hats, bleeds St. Louis Cardinals red, listens to “Gloria” for 24 hours straight after every Blues win, and travels wherever planes can possibly go.