India’s Got Next: Former Disney Executive Accesses the Indian Film Industry via Canada 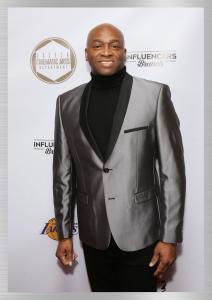 Porter + Craig is excited about the future, as it pertains to the fresh content, unique and colorful storytelling,”
— Keith L. Craig

LOS ANGELES, CALIFORNIA, USA, January 24, 2023 /EINPresswire.com/ -- Next to Hollywood, India has the largest media in the world! And major producers are now gleaning content and actors from India’s fortified market. Media mogul and industry leader, Keith L. Craig knows firsthand, about the inherent value of the “now trending,” variety in programming. His recent partnership with Escala Entertainment , aims to achieve that.

Escala is a company born out of the necessity to bridge storytelling of Canadian-Born and naturalized citizens of Indian-decent to audiences. The firm was “conceptualized as a collaborative platform where minds come together to facilitate and end to end ecosystem for visual content in its entire spectrum.”

The Indian movie-making industry that began in Bombay (now Mumbai) in the 1930s and developed into an enormous film empire.”— Wikipedia. Though their industry has been around since the 1930s, American audiences weren’t exposed to the talent and methodology of their India counterparts until the 70’s, but remained at a slow simmer until the release of Slumdog Millionaire in 2008. Since then, almost 40 actors of Indian decent have risen in Hollywood.

Craig, Co-Founder/Chairman/CEO of Porter + Craig Film and Media Distribution, Craig turned a 20 theatrical market areas into a diversity gold mine and has expanded his reach around the world. Exiting Disney less than a year ago, with blockbuster and franchise films under his belt, he hopes to further contribute to the multi-billion dollar impact on the independent filmmaking community.

After major success at the American Film Market in November, Craig is slated to engage eager film prodigies at the, upcoming, Sundance, Cannes, Berlin Film Festivals, providing advocacy for the independent filmmakers who struggle with gaining success with studio executives. “Porter + Craig is excited about the future, as it pertains to the fresh content, unique and colorful storytelling,” said Craig.

Craig, a Film Production and Distribution Executive, came into prominence when he led Walt Disney Studios Motion Pictures, to an industry domestic record of $3.7billion in 2019, as Theatrical Sales and Distribution Manager for their Central Division. Having traveled to over 50 countries, Craig is connecting the world through stories. His firm has major announcements for releases in 2023, direct deals with on-demand platforms, and are definitely industry players to watch in the years to come.

Learn more about Keith L. Craig by visiting his website at www.keithcraig.org

For more information, interviews, and inquiries about project submissions, contact: Nicole Lester at 818-200-9745.

ABOUT PORTER + CRAIG FILM & MEDIA DISTRIBUTION
Porter+Craig is one of the newest and most exciting partnership ventures in independent film and TV sales (based primarily in Beverly Hills with connections in Washington DC and Atlanta), with two youthful but experienced industry veterans joining forces to take digital development to the next level.

ABOUT KEITH L. CRAIG
In addition to a stellar 30 year career in the US Army (where he attained the rank of "Sergeant Major" the top 1% in the Arm Forces) and pro football star and champion, Keith L. Craig has worked at Disney on Lucas Films, Pixar and Marvel titles for the past 6 years which include but limited to, STAR WARS: THE RISE OF SKYWALKER, AVENGERS: ENDGAME, COCO, BLACK PANTHER, AND MORE, with combined box office receipts well over the billion-dollar mark. Mr. Craig is also a well sought-after consultant and investment partner in the hospitality and entertainment industries.