The second generation 2024 Hyundai Kona has broken cover with updates styling and a first-ever hybrid version.

The Kona hybrid will join the existing Kona Electric and gasoline powertrains at launch, Hyundai confirmed in a press release. A sportier gasoline Kona N Line will be launched alongside these variants, with a more hardcore Kona N likely following.

As before, all Kona models are based on the same architecture regardless of powertrain. This time, however, the styling originated with the EV version, and was then adapted to the hybrid and non-hybrid versions, according to Hyundai. 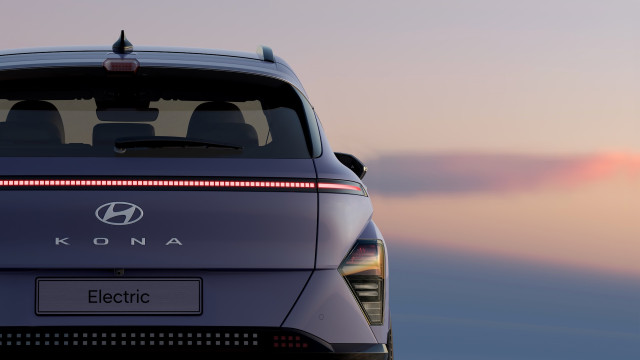 Teaser images released by the automaker also shows a bit more commonality in the front fascia than the current generation Kona and Kona Electric, with all versions adopting the Hyundai Ioniq models’ parametric pixel lighting theme. The 2024 Kona is the first model outside the Ioniq sub-brand to get this design, Hyundai noted.

EV models also get pixel-inspired 19-inch wheels and black trim, while gasoline and hybrid models have a more rugged look, with a front bumper designed to look like a skid plate and extra wheel arch cladding. As with the current generation model, the Kona N Line gets sportier styling elements, a rear spoiler and model-specific and front and rear fascias and 19-inch wheel designs.

The interior will feature dual 12.3-inch screens, ambient lighting, and shift buttons relocated from the center console to behind the screen wheel to free up more storage space, Hyundai said. 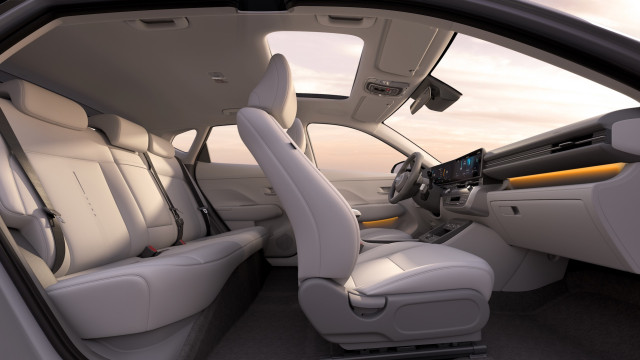 The next generation Kona also grows slightly. Hyundai stretched it 5.9 inches in overall length (to 171.4 inches) and 2.3 inches in the wheelbase. The new Kona is also 0.9 inch wider than the outgoing model.

That outgoing version launched in the 2018 model year and received a mid-cycle refresh in calendar-year 2021, for the 2022 model year. That brought a cleaner look and other updates to the Kona Electric model. The Kona Electric has proven be a great vehicle for urban driving. Its 258-mile EPA rating is fairly impressive, but testers managed to go more than 600 miles at 20 mph. However, early last-generation Kona EVs faced an issue with battery fires—leading to full battery pack replacement for most owners of affected vehicles.

Officer-involved shooting at The Grove Apartments …

Officer-involved shooting at The Grove Apartments …